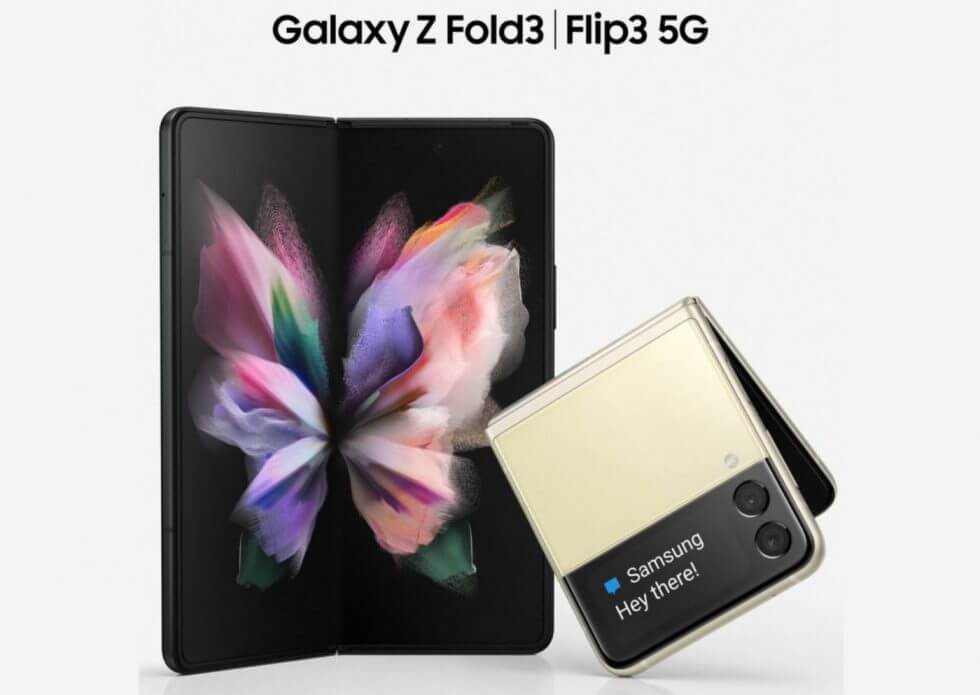 Samsung Galaxy Z Fold 3 and Flip 3 launch event is just months away, which will reveal improvements and specs of the third generation of two flagship series.

The latest leak by liable leaker Evan Blass reveals, which looks like the official announcement poster of Galaxy Z Fold3 and Flip3 5G with the company's signature text. Although we only got to see the back of the Flip3, it looks classier and comes with a little bigger secondary screen than the previous model. Both the camera module and screen look much cleaner with the black background.

The complete black color on the Fold3 is looking sleek and we get to see the S Pen as well in 2nd photo which confirms the S Pen support is coming for sure. Fold 3 has a front camera cutout which makes the previous leaks about the under-display camera doubtful. And we don't get to see the front screen of the device. There is no specs leak for both phones, but are expected to be announced with Snapdragon 888 processor.